“It is easier to build strong children than to repair broken men.” – Frederick Douglas 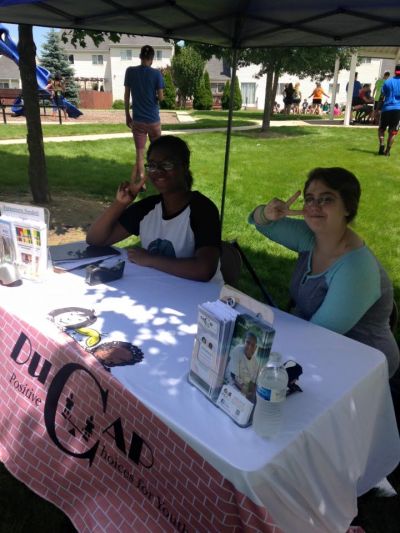 DuPage County Area Project, or DuCAP for short, is a private, chartered, Illinois 501(c)(3) not-for-profit corporation.  We are not a county agency; we are a non-sectarian, non-political organization of volunteers and trauma-informed staff who develop and sponsor efforts aimed at preventing juvenile delinquency, creating a strong community, and keeping the community’s youth out of trouble.

The DuPage County Area Project (DuCAP) grew out of the Area Project program developed at the University of Chicago in the 1930’s by sociologist Dr. Clifford R. Shaw, a concept Northwestern University sociologist John McKnight reaffirmed in this century. In the early 1990’s, a group of business and political leaders from DuPage County visited an Area Project model Community Committee program in Chicago, where community leaders shared the belief that “nothing offers a greater chance for raising a child who shares society’s values than a neighborhood where everyone works together in a positive, cooperative way to care for the children growing up in their community.” The DuPage County leaders came away determined to establish similar community groups in DuPage County.

DuCAP incorporated as a 501(c)3 non-profit agency in 1991. As a separate, self-governing and self- operating non-profit, DuCAP took its place as one of the Statewide Affiliates of the Illinois Council of Area Projects; using their time-proven model of community involvement, advocacy and direct service. DuCAP’s philosophy is to encourage people living in the neighborhood to see their own solutions. Over the past 28 years, DuCAP has assisted in the development of Community Committees, Police Resource Centers, and other community programs in Addison, Bensenville, Glendale Heights, Glen Ellyn, Carol Stream, Downers Grove, Lisle, Lombard, South Hinsdale, Villa Park, West Chicago, Hanover Park, Wheaton, Wood Dale, and Woodridge. In 2006, DuCAP expanded its efforts into Will County by opening a satellite office in Bolingbrook.

DuCAP expanded services into Romeoville in 2007. DuCAP has developed community leaders in every community we have touched. In addition, numerous youth involved with DuCAP have later worked for our agency as interns during college or as staff after college. Several parents and former youth have started their own businesses or community programs with DuCAP’s guidance and encouragement.

Nothing offers a greater chance for raising a child who shares society’s values than a neighborhood where everyone works together in a positive, cooperative way to care for the children growing up in their community.

But how do you mobilize a neighborhood?   How do you get people to work together?  How do you instill in a child those positive traits that makes he or she choose wisely? How do you create an atmosphere that drives the community to take action and get involved?

The answer lies in tapping the natural leadership and concern for community found within each neighborhood.  While some delinquency prevention programs try to impose outside policies upon local residents, DuCAP’s philosophy is to encourage the people who live in the neighborhood to see their own solutions.  Forming a Volunteer IMPACT Committee as the primary force for change does this.  The IMPACT Committee consists of local citizens who encourage participation and effective representation in decisions affecting their neighborhood.

How Does DuCAP Fulfill It's Mission

What age groups does DuCAP serve?

DuCAP works with all ages from the youth to the senior citizens, but with the primary emphasis on individuals ranging from ages 11-17 and their immediate families.

What communities does DuCAP serve?

Where does DuCAP receive its funding from?

DuCAP receives its funding through various state and private grants.  Our primary funding comes from the Illinois Department of Human Services (IDHS).  DuCAP also receives funding though donations, fundraisers, and other charitable contributions.